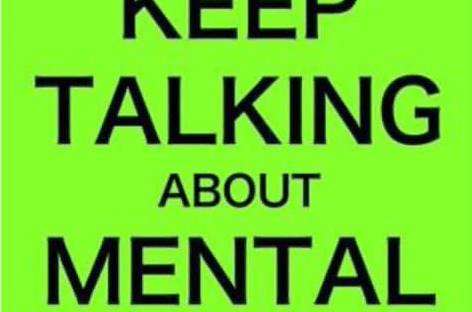 May 10, 2018 The Chronically Ill Vegan Ballerina

Trying something new. Blogging on a note-taking app on my phone. I hate typing on my phone….so this will be relatively short.

Today I made an analogy on the comment section of another blog about living with mental illness as “surfing the waves.” I had said something to the effect of: that is all we can do, isn’t it? Just ride the waves. If we fall off, there has always seemed to be a hand there for us to get back up on our board and ride some more waves. Whether that be a physical or spiritual hand.

I’d like to add to that. Sometimes…even our own hands seem to function to get us back up there. Well…maybe alot of the times. Because those of us dealing with chronic physical and/or mental illnesses often suffer primarily in silence. Behind closed doors of our bedrooms and bathrooms.

In this past bout of severe depression and severe pain, riddled with anxiety and maybe a bit of hypo-mania….I HAVE reached out. I have called, emailed, texted, messaged, even hand wrote letters. I blogged & printed them out for my therapist. It seems I can’t verbalize things as well as write them down. I seem to end up telling 50 different stories somehow all intertwined and terribly confusing to the would-be listener. From what I can gather, alot of my messages went unnoticed by a good deal of people. I try to use the old “walk in their shoes” to weigh the evidence of why they may not have contacted me back. Sometimes this brings solace. Other times it makes me feel uncared for. I brought this up to my therapist. He stated that some people just don’t know how to respond, so they choose silence as their answer. (Anyone hear crickets chirping?)

I’m kind of tired and worn down. Tired of fighting with my emotions and pain. So today I cried. Alot. I never sobbed and wailed. They were more tears of sorrow. Just trickling down my face silently. My husband tried to console me…..alot. I explained to him that I feel useless. I feel like my physical pain intertwined with the mental illness symptoms has made me unreliable as a worker, friend, and companion.

I’m embarrassed by how I have become. Maybe those people I have chosen to contact at any particular time do not know what to say. Or maybe they are embarrassed at my honesty in symptoms. Maybe they are busy. As of late, I think I have offended some. And maybe they just don’t want to deal with my bullshit any longer. I can’t take back what I said in frustration of certain situations.

I just don’t know. Like I said in my previous blog post, I never, ever thought that I would be in this position of chronic pain and illness and mental symptoms when I was in high school and going to college 20+ years ago.

But life isn’t linear. Mine has had many detours, pit stops, and traveling down overgrown roads in it.

So back up on the surfboard I go. Tonight I pulled myself up.

Thanks for reading. Take care. Be as well as possible. And until next time…