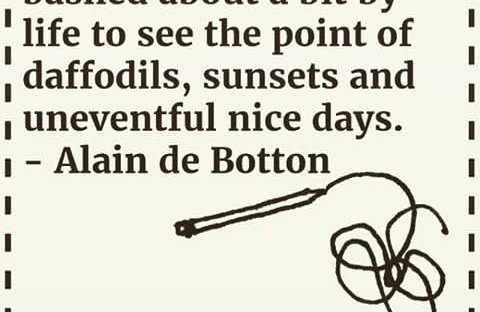 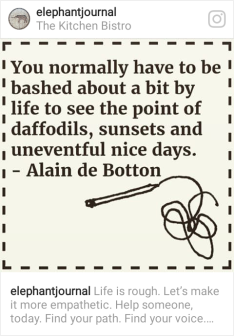 There are so many things to write about flying through my mind. Now is not the time to be doing research for my future blog on CRPS/RSD, as my computer is slightly messed up. Yesterday, I guess it was, I saved the above 3 pictures off of Instagram when I made my “story” up on Messenger. When looking at my photo gallery today….I realized these 3 pictures tell the story of my thinking.  I have a long history of shitty thoughts. Literally. I first tried to kill myself when I was about kindergarten age. I laid down on a lawn chair and put a blue tarp over my head, thinking I would suffocate. Little did I realize as a 4 or 5 year old, the air flow from the lawn chair saved my life. But I’d go on to try and try again. Ropes, knives, pills, household chemicals. But pills were my go-to. This article I’m about to share from 13 years ago tells a basic story. But doesn’t give the whole detail of how I had felt in my life.(Link: Morning Call Article. ) The article doesn’t state that I purchased 6 boxes of sleeping pills throughout the summer and would go to the mall bathroom and take them out of the blister pack and put them into my puppy change purse and carry with me everywhere, so my mom wouldn’t find it in my room. It doesn’t tell how I used to pick and dig at my beautifully muscular legs (up into my 30’s) until the blood would run down my legs as a coping mechanism for my stress of emotional abuse. (A beloved former therapist pointed out that, as she saw it, I was picking and mutilating my legs because they were my strongest point in my body.) It doesn’t tell how over the winter break I filled up a 24 oz Simpsons cup from Burger King, worth of any mixed household chemicals I could find in the bathroom and guzzled them down to shut down my system. What this also doesn’t tell you is that I had to endure this alone, I only trusted my beloved dog, Shilo to talk to. I did not seek therapy until 1997 when a co-worker shot himself in his attic, over being neglected at work for certain veterinary nursing duties. I confessed to my (beloved) neurologist. Therapy was unsteady because of lack of medical insurance and didn’t really become consistant until around 2000.

This also doesn’t tell you that the side effects for me were that I am immune to the “sleepy” side effect of benedryl, or diphenhydramine, seeing that I guzzled 6 boxes worth of sleeping pills around 1990, over Labor Day weekend, so I wouldn’t have to go into 10th grade when school started. It also doesn’t tell you that in 1994 I got a horrible right kidney infection that led to a fever of 105.5 degrees Farrenheit and I was sick and had treatment, of all kinds forced upon me in a local hospital, and suffered many consequences for a long time. Nor does it say….my right kidney still aches occasionally and had damage and was abnormally still enlarged when I had a renal ultrasound about 15 years ago. And the doctors could “hear” scar tissue on the right side. It also doesn’t say how I gag when I smell Murphy’s Oil Soap.

I won’t even go into detail about the sexual abuse and rape from before kindergarten age to about 11 by 3 female “friends.” Nor will I mention the date rape or maritial rape that “they” thought they were entitled to because “I” was “theirs.”

How did I end up at that third picture saying “It’s a beautiful fucking day?” Well, remember that awesome former therapist? She turned me on to meditation, mindfulness, and Buddhism. Her name was Dierdre. After a series of unfortunate events and 2 temporary therapists, I met my next awesome therapist, Eric. He and Dierdre are friends and had similar ways of making me see how I was viewing things, either incorrectly, or taking things too personally. I am responsible for how I feel. Because of more medical meyhem, otherwise known as bullshit, and a few wiley characters where I just bitched about my week, I met Tony. Tony is awesome and I saw him for about 3 years, when he had to leave for some personal issues. Tony and I talked alot about some really important things. He was a great guidance and made me think about how I affected other people, and myself.  I also got to know him as a collegue, seeing that he and I shared clients, or peers, when I was working in the mental health field as a Certified Peer Specialist. We still talk now and then. His last piece of advice the other week was, “Patience.”

After Tony had to leave, I had 3 not-so-helpful-and-sometimes-downright-mean-or-rude therapists. I had finally had enough and asked for Jim, who specializes in Dialectal Behavior Therapy, which is supposed to help with some of the things that I have been diagnosed with. We will get into those, eventually. I have been seeing Jim, almost every week, for about 2 years now. I trust him, and guess what? He’s into meditation, too! He has been giving me such great tidbits of advice every week, and handouts every so often. Most handouts, I end up researching until the next week, which I think helps to further my own education on my mental functioning.

One thing these 4 therapists have in common, is that they got me to research and do my own hunting for a solution to my problems, rather than relying on them, or just bitching about the past week. I am an active part of my therapy. I am a valuable part of my therapy. And for that hour, I am the most important person and can have great insight for my future happiness. And because of their guidance, I can now say, “Shit, It’s good to be alive.”

2 thoughts on “How my thinking has changed over my lifetime”