I meant to post this yesterday, Saturday, January 20th, 2017, but I got distracted….sometimes I have a mind like a sieve…enjoy the update. Nothing too spectacular today!

Sometimes, you just need to get up, get out, and do something different than what you have come to know as your new normal. Yesterday I had the opportunity to help a friend out. We were discussing this for a week. The past 3 weeks have been rough. Well, actually, since the “knowing” of the psychological evaluation for the Dorsal Root Ganglion Spinal Cord Stimulator for the CRPS/RSD in my foot, it has been rough. Questioning if my pain was real. Questioning if I really need that for the pain, b/c hey, I was really only diagnosed about a year ago, even though they’ve highly suspected it since 2011. I just didn’t meet all the criteria in the diagnosis book until over a year ago.  Then after the two three-hour appointments, questioning my sanity and if I live in a bubble, or in reality. (Do I count lightbulbs? If I were a reporter, would I like to report sports? Am I angry? Do I cry alot? Would I like to draw flowers if I were an artist? Have I tried everything outside of getting my spine cut and a transmitter being forced into my epidural space? Am I crazy? Do feel I “deserve” this? Yes these, were some of the many questions asked of me.)

But anyway, I had volunteered myself for this “job,” after thinking about it for a few weeks. Can I do it? What if I wake up with a migraine? What if it’s a 10/10 & I can’t see to get ready and drive? How will I be able to call him and cancel without feeling like a loser and a disappointment to him and everyone else in the world? But it will be good. I will be sitting most of the day. I won’t be on my foot putting my body weight on it. But what if I’m in horrible pain and can’t move and can’t go? How will I be able to show my face again. Sheesh….it’s not like you’d be “bagging” class! We’re adults….but just…what if? OMG…..those and many more flighty thoughts have been going through my head. As it turns out, I just need to answer the phone and schedule appointments. So it’s good. (But is it?) It was a good day. It was something totally different and new and I learned somethings and had some good conversations. I even got to explain what meditation is to someone who thought “that’s what guys do before going into battle.”   It was a truly enlightening day. I managed not to get hangry. Or paingry.  The temperature wasn’t too bad, so I was comfortable all day. Except for the cold foot.  So, basically, I just decided to dive in and take a gamble. Maybe getting out of the house at least one day a week for a few hours will keep “my freedom” and not being trapped inside my house, and basically bed.

I’ve been really trying to eat more regularly this week. Above, the first two pictures are of supper, using the leftover breakfast scramble from Sunday’s post. Soup, with just veggie broth. Then the scramble with couscous and baked tofu and cranberry walnut bread with coconut butter. Then next two pictures were of the salad I took with me yesterday. I did take some of the couscous and tofu with me, but didn’t even finish the salad yet….that is on today’s agenda. I found some amazing vegan buys, including the above produce at a local produce market and our refrigerator is packed!

I’ve been rearranging my sleeping-in schedule this week in preparation for yesterday. It worked out well, even with Martin Luther King, Jr. Day and two sleepy snow days this week. I used to be such a morning person, but my pain has turned me into an afternoon and evening person. I did sleep in a bit today. We watched this week’s episode of the X-Files last night, and the last two episodes of Rick and Morty, so I didn’t get to sleep until after midnight.

Today will be a restful day. I think I will take a soak in the tub and listen to Jack Kornfield’s Buddhism for Beginners on Audible soon. I’d like to restart my Insight Timer meditation on pain again, as I didn’t do very well sitting because it was quite noisy. After 3 weeks of emails to Insight Timer, and no fixing the app on my phone, my husband reformatted the SD card in my Nook and downloaded it on to there. Unfortunately, nothing else can be downloaded. This Nook only has 3 GB of internal storage and Insight Timer can not be moved to the SD card. So shortly, I will be in the same situation. The Insight Timer folks couldn’t figure out what was wrong with my phone and so were pretty much not helpful at all in this situation. The app was fine, when free, but I wanted to download some of the meditations to be able to listen to them offline, which costs a small fee. I might just have to go back to the free app and be satisfied with using up data when not in a wi-fi area. 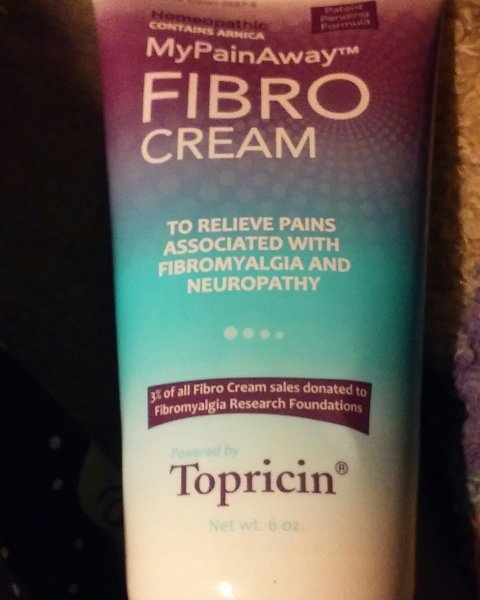 I am trying this above cream out. It seemed to work pretty good yesterday. We’ll see how it does this week. Oh! It’s Homeopathic and vegan! It’s about $20 and I found it at CVS. Nothing else much has been happening this week….didn’t end up doing too much, even though I was getting up earlier. I hope you all have a good weekend!

2 thoughts on “Slacking on my blogging…”