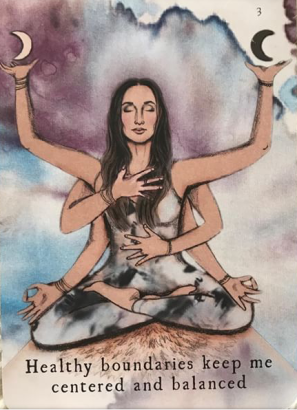 Hello fine readers of blogs! It’s been over a week since I published a post. I had Flu A….and it was horrible. Last Monday morning I started with a body-shaking hacking cough that seemed to blow my ear drums outwards. I helped a friend out with his mobile business and ended up getting him and his wife (one of my dearest friends) sick. And my husband. Tuesday morning I cancelled my 9am therapy appt at 7:30am. Luckily my therapist answers his phone early. Then I cancelled my massage at my chiropractor because I was hacking everywhere and really in alot of pain and a bit roasty. I said I’d call my PA at my doctor’s office, but did I? Nope. I was fine, even though I looked up the symptoms of the Flu b/c I just wanted to for shits and giggles. But by Wednesday and after at least 10 soaks in the tub in hot water, I was just about ready to throw in the towel. I had made my peace and if I died, I was cool with that. It was a nice run. So I got in with the PA for 11:30. Went to the hospital lab for the Flu A&B test and RSV test….which is lovely Q-Tips up the nose. I swore they were coming out my eye sockets. But 2PM, they had called and diagnosed me with Flu A.  They called in scripts for Amantadine, an antiviral and Tessalon Perles, a cough capsule.

Let me tell you. This was not fun. Even though I have been tested many times for Lyme Disease, I have never come back positive for it. But if this is what sufferers of it go through with the massive joint pain, and then muscle trigger point pain pulling on your bones, I do not ever want it.  I have enough time with the muscles pulling with the Fibromyalgia. Then the head and neck pain when I’d bend my head just a little bit. I kept thinking of meningitis.  And how in the Fall Semester at Kutztown University in 1993, the Health Center diagnosed a fellow freshman in the male dorm with the flu. His roommate came home from class the next day and found him dead. He had meningitis and they missed it.

I have two doses of the cough capsules left….and am still hacking. Hopefully it will subside. It is not fun. Enter, the thoughts of tuberculosis and the vampire history that goes along with that from Victorian times.  At least the fevers are gone. But I can tell you the most comforting thing was the about 30 soaks in the tub I did. I could not rest until about last Friday. I could only sleep in about 15 minute increments and would lay there feeling like hours had passed and then look at the clock. “Hey man, I think the clock is slow.” Comes to mind from Van Halen’s Hot for Teacher. It was horrible.

Then enter in the allodyna and painful touch of EVERYTHING. I swore my CRPS/RSD had spread to my whole body and just wanted to cry. My beloved fuzzy blanket felt like razor blades on my thighs. Amazingly my right foot that IS diagnosed with CRPS felt completely normal. (Still waiting to hear from the pain psychologist and pain management doctor on the Dorsal Root Ganglion Spinal Cord Stimulator process.) The only thing that was comforting was the hot water surrounding my body. All I wanted was a blankie, pillow, and for the tub to be 5-6 feet, instead of 3 feet long.

The last time I had the flu was 2001. It was also the last time I got the flu shot. And I had the flu bad. This time was painful, but at least there was no vomiting. I got so dehydrated, especially after they prescribed Tamiflu. Which I thought was fantastic….for the first dose. Then the excessive puking started. It was so bad, and I was so nauseated, that I was guzzling Pepto Bismal out of the bottle and taking the tamiflu with it, over the toilet. As it ended up, I couldn’t complete the course of tamiflu….and now it is on my “list” of no-nos.

Today ended up being a beautiful day and we took Simon for a walk in the local park and saw a beaver! I’ve never seen a beaver in the area before…and I’ve lived here most of my 43 years. Simon was so happy to finally go for a walk after not walking for months because of my reconstructive foot surgery. With the 70+ degree weather, and feeling good because of the sunshine, I needed to get out. My mental health and self-care-grooming had pretty much stopped recently. I actually put on make-up and was able to get my growing out hair into two tiny pig tails. I love my short and spiky hair, but have a “project” coming up and am trying to grow my hair out. I kinda don’t think it will be long by June, for the project, and will probably have to buy a wig. But maybe next year. I miss my long hair alot and it I ended up cutting it all off in 2010 after a horrendous mental health breakdown. However, tomorrow night, I am getting a microtrim and spruce-up because it’s just sitting there like a mop on my head most of the time.

As I just stated, my mental health and self-care routines I have been doing for decades finally came to a stop. I have been in the “what does it even matter anymore” mode for months. I don’t think the political climate of the world has helped me over the past year to feel like I am meaningful to society. But I’m kinda really getting sick of the stigmatizing of highly functioning people and really everything stigmatizing about mental health. I’m getting fed up, and my last psychiatrist appointment last Saturday really made me angry. I am not listened to. I am ignored. The only thing that seems to matter are my moods and if I have worked. Nothing about my pain interests this guy……and my pain levels are primarily why I was told to stop working and put on SSDI. I don’t like it. I don’t like being treated like I am “everyone else” with a similar diagnosis. I feel there are many more questions that should be asked about how one is coping with having the mental symptoms and physical symptoms. I really want to do something to change how med management appointments are run. I am more than just a number in the quota to get paid. I am a human that has inherent worth and dignity, DAMMIT! Why am I treated like my whole-body symptoms don’t matter?  Why am I brushed off. And why the hell is some person sitting behind a desk that sees me for 10 minutes every 3 months dictating what chemicals to put in my body when the person that spends an hour with me every week doesn’t even get a say?  And WTF can’t he remember that Latuda gave me Neuroleptic Malignant Syndrome for years and was only found in October 2017 because I read the package insert CVS FINALLY gave me? Yes I’m angry. Your darn tootin’ I’m angry. Pissed even. Not once has he ever asked me when was the last time I washed my hair. Or put on nice clothes. Or kept up with plucking my eyebrows. Not once has he asked, “Have you gotten to ballet or yoga yet.” Or asked if I’ve eaten more than once a day. Or eaten more than a bowl of cereal a day.  I want to have intelligent discussions about my treatment. But am faced with an attitude when I asked if I can go off of Strattera because the side effect is liver damage on the NEW sheet from CVS and my CT scan from the adrenal tumor last year showed a swollen liver. I’m sorry I don’t like the side effects of this shitty medicine from Big Pharma. I’m sorry you are intimidated and label me “Non-Compliant” because I want patient/person-centered treatment plans. Not being dictated of what to take. I’m sorry because I use big words and am medically educated that you think I am angry and non-compliant to your wants for a bigger paycheck. Does my research scare you? The fact that I want to change my health with food, supplements, and lifestyle changes? I’m sorry I am still in pain and have ups and downs….and god forbid….emotions of a human being. I’m sorry I’m sick of taking shitty pills that effect my blood chemistry and organs to the point of having to see specialists and get CT scans every year because of tumors. But I’ve been telling you of the findings since 2015. I told you I abused Seroquel years ago, and you still insisted on putting me on it and didn’t I end up having suicidal ideations again and end up in in-patient treatment in 2015. Why won’t you listen to me? Why can’t you do more than sit behind the desk? Why can’t you look at the Holistic research of ways to heal mental health other than Big Pharma and their paycheck to you? Why do you ignore my C-PTSD and nightmares and flashbacks and panic attacks? WHY? WHY? WHY?

Gawd, I’m angry….and I don’t know what to do about it. Where do I go? Who do I complain to? These are things I plan to try and work on when my anxiety doesn’t make me put my head in the sand and be shy about voicing my opinion and being an advocate for people who are fed up eating pills every day to stay well….or at least as well as some person who knows nothing about your struggles tells you. I want to change something, but I don’t know where to start. Things to think about.

Well, thank you for reading, hopefully the next blog will have more solution than questions. Or will be a fun blog. I never know what each day will bring.