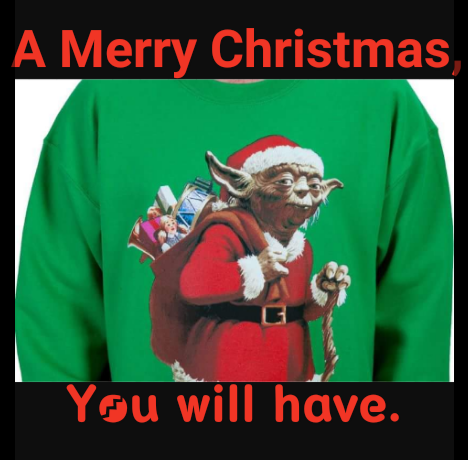 Chronic illness symptoms can get you at anytime. I was all prepared to do my DIY Christmas present projects, plus more DIY laundry detergent and DIY toothpaste. I had to run to the store for some last minute gifts for my dad, as I got my mom more than my dad. Which is usually what happens every year. But some of the DIY projects were for my dad, my husband, and step-dad-in-law. But then it hit. The weariness, the wooziness, the low blood sugar from not eating regularly. I grabbed a coconut water and paid for my 3 other small items and went out to my car and shoved almonds in my mouth. I’ve been in the habit, for years, of keeping nuts, Lara, Luna, or Cliff Bars, and Hummus snack packs in my car and purse. My hypoglycemic problems have been since teenager-dom and only seemed to be regulated when I switched from vegetarian to vegan in 2012 and ate just about every 2 hours for about 2 years. Then I got back to the old “I’m ok, I don’t need to eat” habits. “not officially diagnosed” bulemia. Actually depression had started to kick back in in 2014 again, and by March of 2015, I was barely eating a bowl of cereal a day.

If I’d be feeling down in the dumps, “blue,” dysthimic, or the like, I’d think the depression was back. ButI’m not feeling anything like those. But I am exhausted and tired. Yet, sometimes I have incredible on-the-go energy. I was started on Pristique about 4-5 months ago, and it seems to be helping with the general sadness. I know there is a way without toxic medication. I’d like to find it before my kidneys and liver become to influenced by this stuff.

In June 2016, on my CT scan for the malignant adrenal tumor that was found on a December 2015 CT scan for kidney stones showed that my liver was noted as swollen. Nothing was ever done for that and nobody, other than my family doctor, rhuematologist, and therapist seemed to want to address it. I guess everyone was more worried about cancer. At the surgical removal of the tumor and adrenalectomy, the endocrine surgeon said that my liver appeared normal. Maybe it was the CBD oil I started taking from the local health food store. Maybe it was the extra produce I was trying to consume. Who knows. This August, my CT scan results had showed everything as normal. But the Strattera I have just finished today and is now discontinued, after being on it for 4-5 years, notes swollen livers can happen. I told my psychiatrist that last year, but apparently I talked to the wind. It is also noted on the Savella literature, that I take for the fibromyalgia symptoms. I started that in about 2010, but went off of it because insurance wouldn’t cover it. My symptoms got better, but then I went backwards when the samples ran out. I didn’t expect this to help because the Lyrica made me loopy, fruity, and gain 60 pounds in 5-6 months. It was horrible. I didn’t lose most of it until 2012 when I ditched dairy and eggs and dropped 50 pounds in 6 months. Being an athlete and having to be sedentary from what you are used to really sucks.  I had started back on Savella in 2011 when my doc and PA and I went over the improvements made on the Savella samples. They talked to the company and I’ve been on it ever since. I’ve been forced to go off of it in less than 3 days time and the results were not good.  My doctor has to fight with the insurance every year now because of my symptoms returning when I am off of it. But who knows, maybe this coming year will be my year to go off some of the pain-relieving meds.

But getting back to today. I don’t even know how I made it home, which was less than 2 miles. I came home and was extremely restless, but I just wanted to sleep. I soaked in hot water in our tub for at least a half an hour with a hot washcloth over my eyes. I can’t remember if I took a nap first, or my husband went and brought me cereal to eat, in which I downed two bowls. I basically pissed the day away again. It was beautiful out and I had all intentions of taking Simon for a walk while melted DIY projects cooled in containers for packaging and wrapping.

I did manage to wrap my parents’ presents. I have to wrap a few more things. My mother-in-laws presents were some of the DIY projects, and I just can’t do them right now.  My husband and I exchanged gifts about two hours ago. I couldn’t wait any longer, I wanted him to have his presents. Unfortunately, I didn’t wrap any of his, either, I just made him close his eyes.

I’m not sure how to exactly feel better, other than go eat again. And again. And again. But there is not a want in my body to eat. I even have some butternut squash almost prepared to make soup. That was supposed to go to a Cool Yule Dinner last night that I didn’t make it to because of pain and other non-flattering symptoms of chronic illness.

Tomorrow morning I’d like to get up and make pancakes or oatmeal or something snazzy. I also have to roast the Tofurkey Roast and make my Peppermint Mocha Mock Tiramisu. And do dishes.  I have some shredded veggies for a broccoli slaw, I may make that, as well.  I could actually go for some of that right now. I’d probably sit here and eat the whole serving bowl full of veggies. Hopefully I can take pictures and write down the recipe for the tiramisu to put on a page or category. (Not that I’ve figured that part of the blog site out yet.) A big part of my wellness is my mostly plant-based diet. This past week I got some dairy in my system and it hasn’t been the greatest week for a pain-free week. Food allergies are not fun. I’m glad I don’t have anaphylaxis towards consuming dairy, but it’s still not pleasant.

In closing, I’m hoping I’m just having a bad week from the toxic side effects of dairy in my body and not going into a slump of depression. I felt great Friday….see below picture. Of course, we were going out to a restaurant that had Brussels sprouts and kale salad, so I was really looking forward to that. But I actually was able to do my hair and make-up. And then there is the picture of today…..of not feeling well. But of course, I am in a good spot because I have my puppy, my husband, and 3/5 cats with me on the bed. Have a Merry Christmas everybody! 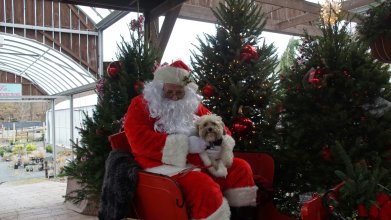